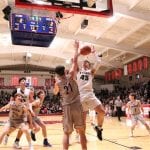 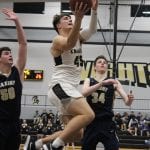 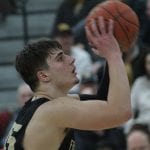 Tycen Brett Gray was born in St. Genevieve, Missouri on August 4th, 2000 to Kevin and Tori Gray of Park Hills. Tycen began his academics at Central R-3 School District and moved to Farmington in the summer before the 4th Grade. He was always a bright student, which was likely a motivator for the move due to Farmington School District’s educational prowess. He began going to Jefferson Elementary School and entered the gifted program called PAGES. He thrived through intermediate (Grades 5-6) and Middle (7-8) school and played sports at an incredible level throughout his two years at FMS. Tycen, showed incredible potential in middle school and it transferred incredibly well as Tycen was a member of the Varsity special teams unit in football and continued his FHS Football career as a starting Safety, Linebacker, Receiver, and Running Back. As of December 10th, 2018 Tycen committed to playing football at Missouri Western University as a tight end. While Tycen was a football star and will most definitely have a nice long standing football career into college, his mark on Farmington High School will come from his days off the field, and in the field house.

Tycen was a starting forward all four years of High School for the Farmington Black Knights Varsity Basketball team. Till his last game in the Knights Uniform, Tycen started all but two games in his career, Senior Night on his Junior and Senior year. Although he was a starter all four years, what will allow Tycen’s name to live on in FHS is the record he set on February 1st, 2019 in the Black Knight Field House. The Jackson Indians, a small town rival for FHS, paid a visit to the Black Knights for an ordinary late season game. But it wasn’t normal for any person donning the black and gold colors of FHS. Tycen Gray was a mere 17 points away from breaking the Farmington High School all time scoring record for Basketball, and against a team like Jackson, it was jump change for a man who averaged 18 points a game that season. Tycen tied the record at 1601 in the early stages of the third quarter, and was mere centimeters from breaking it off a high towering layup as he flew towards the packed seats of the FHS student section. Sadly it was broken up and Tycen came down without the basket but also with two free throws to his name. After the other nine players got set in their positions, Tycen was checked the ball, and upon the release of the ball there was silence, the only sound that could be heard was the swish of the net, which then followed by decibels upon decibels of cheering and shouting. The bench of the FHS team was the first to erupt, the student section and crowd soon followed with screams and waving of signs. After that shot Tycen had the sky as his limit when it came to setting the record. Every shot he made after that was him breaking the record again, because it was his own. It no longer belonged to Jordan Ankrom. Since then the FHS Basketball season has concluded, and Tycen Gray will soon have a plaque of his own which will boast his record of 1,757 points in four seasons. Notably it will likely also mention that he is the all time leader in rebounds, but, who cares about how many doubles a baseball player has, when he’s the all time leader in home runs? Tycen will likely continue balling recreationally in college, but for now his sights are set on football, “My chances of furthering my career past college are higher in football, but I’ll always love basketball.” Tycen said in a brief interview. There’s nothing wrong with exchanging basketball shoes and shorts for cleats and pads. But his footprint on FHS will always have a squeak to follow it.