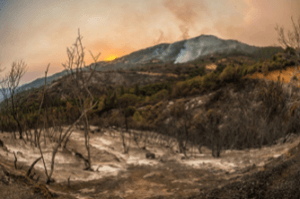 On February 7, 2019, a new bill was introduced: the Green New Bill. The bill was introduced by freshman representative . There has been a lot of controversy surrounding the bill; how will it affect the U.S. economy, and is it taking on too much?

So what is this bill all about?

The main goal of the bill is to drastically reduce carbon emissions in the U.S. This will be done partially by redirecting the focus of studies from fossil fuels to more sustainable energy. In addition to saving the world from climate change, this bill will provide more jobs and hopefully decrease the unemployment rate. The bill will provide grants to green businesses and promote the use of renewable energy like wind and solar power. By 2030, the Green New Bill plans to use 100% clean energy.

Why does it matter?

A rise in global temperatures of just four degrees could cause chaos, and we are already well on our way to that temperature. David Wallace-Wells said, “(at a change of 4.3 degrees) our agriculture would probably be about half as bountiful, so the same plot of land would be producing about half as much yield in a world that we would have at least 50 percent more people to feed.” That’s a big change, and it is not the full extent of the problem. This kind of climate change could cause cities to become uninhabitable and sea levels to rise 100 feet, which could lead to millions of people having to immigrate. In fact, the first mammal was declared extinct on February 20, 2019, most likely due to rising sea levels. With this information it is hard to see why some world leaders do not see climate change as a problem.